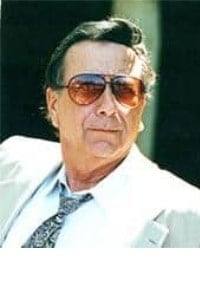 Donald B. Brown is the founder of the Law Offices of Brown & Brown, and before retiring he had been in private practice, in Southern California, for 60 years. He also served as a Judge Pro Tem in the South Bay Municipal Court, and served for many years as an Arbitrator in the Los Angeles Superior Court. Both of these positions are voluntary.

Mr. Brown graduated from UCLA (1947), California Maritime Academy (1946), and the USC School of Law, where he graduated in 1951. He was admitted to practice in January of 1952 and immediately entered private practice.

For the past 30 years Mr. Brown specialized in the representation of health-care and other licensed professionals- pharmacists, physicians, dentists, nurses, etc.- who find themselves in trouble with their licensing board (disciplinary problems), or with governmental agencies, MediCal, DEA, third-party payors, State or Federal criminal prosecutions. He handled every kind of legal problem involving his licensed health-care professional clients, including Class Actions and Federal Anti-Trust actions.

He has since retired and passed the business to his son, Adam Brown, who handles the same variety of cases with the same drive and passion as his father.